A Place At The Table - Watch the trailer 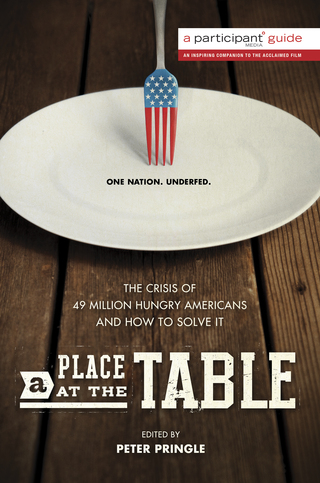 From the company that brought you Food, Inc. and Waiting for 'Superman:' An eye-opening exploration of how we can end hunger in America, based on the acclaimed documentary.

PublicAffairs and Participant Media are teaming up to present A Place at the Table: The Crisis of 49 Million Hungry Americans and How to Solve It (1/1/2013), a tie-in to the compelling documentary of the same name.

49 million people in the U.S.—including one in four children—go hungry every day, despite our having the means to provide nutritious, affordable food for all Americans. In these tough economic times, more and more people rely on food stamps to make ends meet, children have difficulty concentrating in school due to empty stomachs, and even hardworking people with full-time jobs have to depend on friends and neighbors to feed them. This long-standing hot-button political issue is back in the forefront of the country’s conscience, as the debate rages on over cutting the food stamp program—as well as other social safety net programs—in order to slash the deficit. But what would this mean for the fifteen percent of Americans who depend on them?

WHAT YOU CAN DO
For A Place at the Table, Participant Media will convene a consortium of leading nonprofit organizations, experts and companies working to relieve the immediate urgency of hunger, as well as those working to solve the tougher, complex issues that contribute to food insecurity in America. This interactive social action campaign will launch in early 2013.

In the meantime, we invite you to join the conversation on Facebook and visit the Food Research and Action Center -- the leading national nonprofit organization working to improve public policies and public-private partnerships to eradicate hunger and undernutrition in the United States.